"REPUBLICANS PRAY TO SATAN AT THE GOP CONVENTION AS ROMNEY AND SURROGATES LIE TO MAKE MORMON CULT APPEAR MAINSTREAM!" 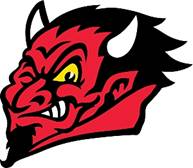 Bill Keller, the world's leading Internet Evangelist and the founder of LivePrayer.com, with over 2.4 million subscribers worldwide reading the Daily Devotional he has written every morning for 13 years on the issues of the day from a Biblical worldview, was horrified as he watched a Mormon cult member lead mostly Biblical Christians at the Republican Convention last night in a prayer to Satan, since Mormons do not pray to the God of the Bible, but to a mythical "god" they believe who once a man!

Keller stated, "The founder of the Mormon cult, Joseph Smith was a documented convicted con artist, polygamist, pedophile, racist, and murderer, and in his greatest scam claimed to be visited by an 'angel' who led him to gold tablets in the Catskills. Mormons like Romney believe the Bible is a flawed and an incomplete book, superseded by Smith's writings, the Book of Mormon, Pearl of Great Price, and Doctrines and Covenants"

Keller goes on, "Mitt Romney, Glenn Beck, and all Mormons LIE that they are Christians, when their beliefs are in 100% contradiction to Biblical Christianity. They love to tout their charity and good works as Romney and his surrogates did at the GOP convention to influence people, but good works and charity do NOT make you a Christian, only faith in the Jesus of the Bible make you a Christian!"

He continues, "Those in the Mormon cult use the words 'god' and 'jesus,' yet the 'god' and 'jesus' of the Mormon cult are NOT the God and Jesus of the Bible! Mormons believe their 'god' used to be a human who rose to god-like status, just like Romney, Beck, and all Mormons believe they will too after their death. The 'jesus' of the Mormon cult is the natural offspring of their 'god' Elohim who had sex with Mary, meaning their jesus is a created being and NOT a deity as the Bible teaches, and is also the brother of Lucifer!"

Keller concludes, "Glenn Beck has done all he has over the past 2 years to prepare the way for the Mormon fulfillment of the 'White Horse Prophecy' of Smith that says the nation will be in complete chaos and a Mormon will be elected President and set aside the US Constitution and enact a Mormon theocracy. What Romney will never tell you about is that as a 5th generation high priest and Temple Mormon, he wears 24/7/365 the 'temple garments' (magical underwear) of the priesthood with the markings of Satan!"

Keller is disgusted that the media is so theologically ignorant of what Mormons believe, that the very thing that has guided Romney since he was at BYU and called by his classmates 'the chosen one," are never challenged.  He said in a recent interview that the better percentage of two full generations have never even been in church, and coupled with the aggressive recruiting of the Mormon cult, if Romney is elected President his cult will become mainstream and well over 1 million souls in this country alone will end up buying into the false gospel of the Mormon cult and their souls forever in hell.

Keller recently set up a sister site to his 13 year site Liveprayer.com that is the world's largest interactive Christian website, www.votingforjesus.com , encouraging people to say no to the anti-God President Obama and the satanic cult member Mitt Romney, by writing in the name of JESUS for President to make a statement that the real problems of this nation are NOT political, but spiritual.  So far, over 360,000 have made that commitment!

ABOUT YOUR SPEAKER, BILL KELLER:

The news media has crowned Pastor Bill Keller "the world's leading internet evangelist.". He is the founder of Liveprayer.com, the largest interactive Christian website with over 2.4 million opt-in subscribers to the Daily Devotional he has written every morning for 13 yrs that deals with the top issues of the day from a Biblical worldview.  For 6 yrs he hosted a "live" nightly call in program in major markets around the nation on secular television, and is a frequent guest on many local and national TV and radio programs to bring a Christian viewpoint to the news of the day.

In 1999, Keller launched LivePrayer.com, and has been a pioneer in using the internet, live streaming video on the internet, to bring Biblical Truth to people worldwide. Since its inception, LivePrayer.com through its' network of retired pastors has responded personally to over 70 million emails for prayer. Additionally, since its' inception, Liveprayer has seen over 600,000 people they know of come to faith in Jesus Christ making it one of the most effective evangelistic outreaches of our time.